We are having a very cold winter with quite a bit of snow. It has never been more than 18 inches, but because it is so cold the snow has been persistent. Talk to anyone in Maryland and they will tell you they have had enough winter for this year. We had a brief respite from the cold a few weeks ago amounting to a day or two in the forties and this past weekend we had a couple of days in the 50s. A lot of the snow melted over the weekend, but there is still a ways to go. Now, when it is above freezing, we have puddles and mud. Lots of mud. 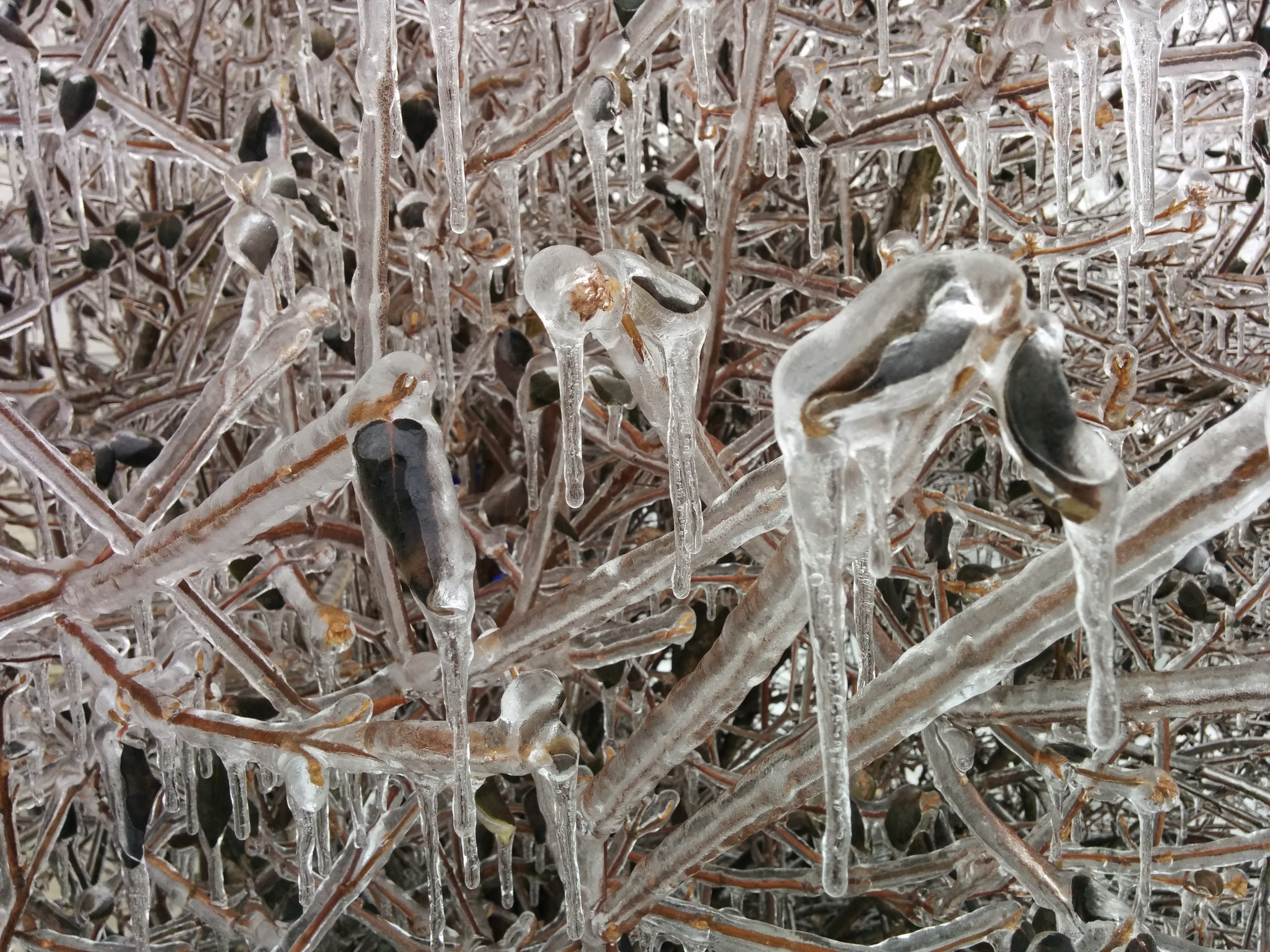 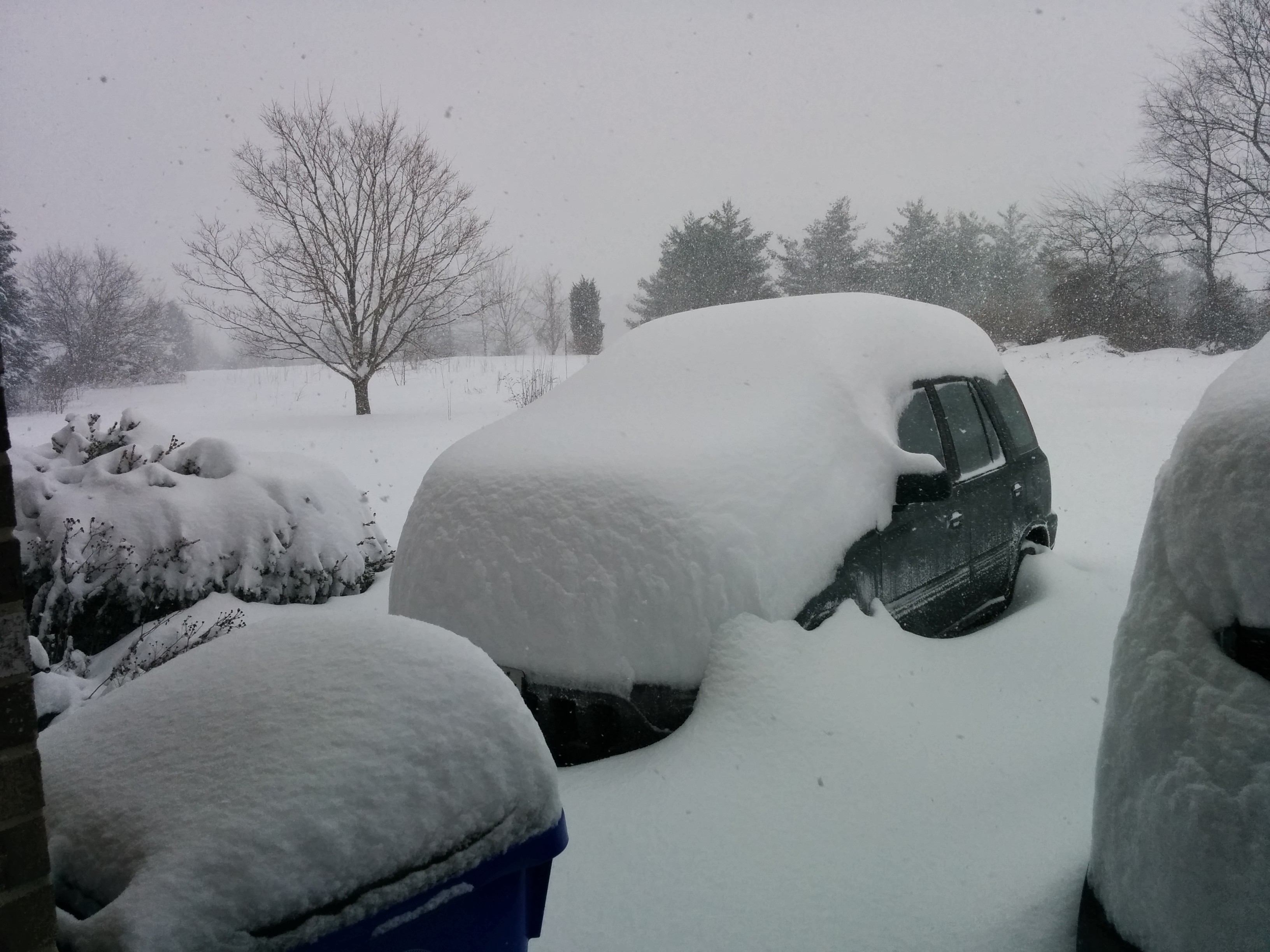 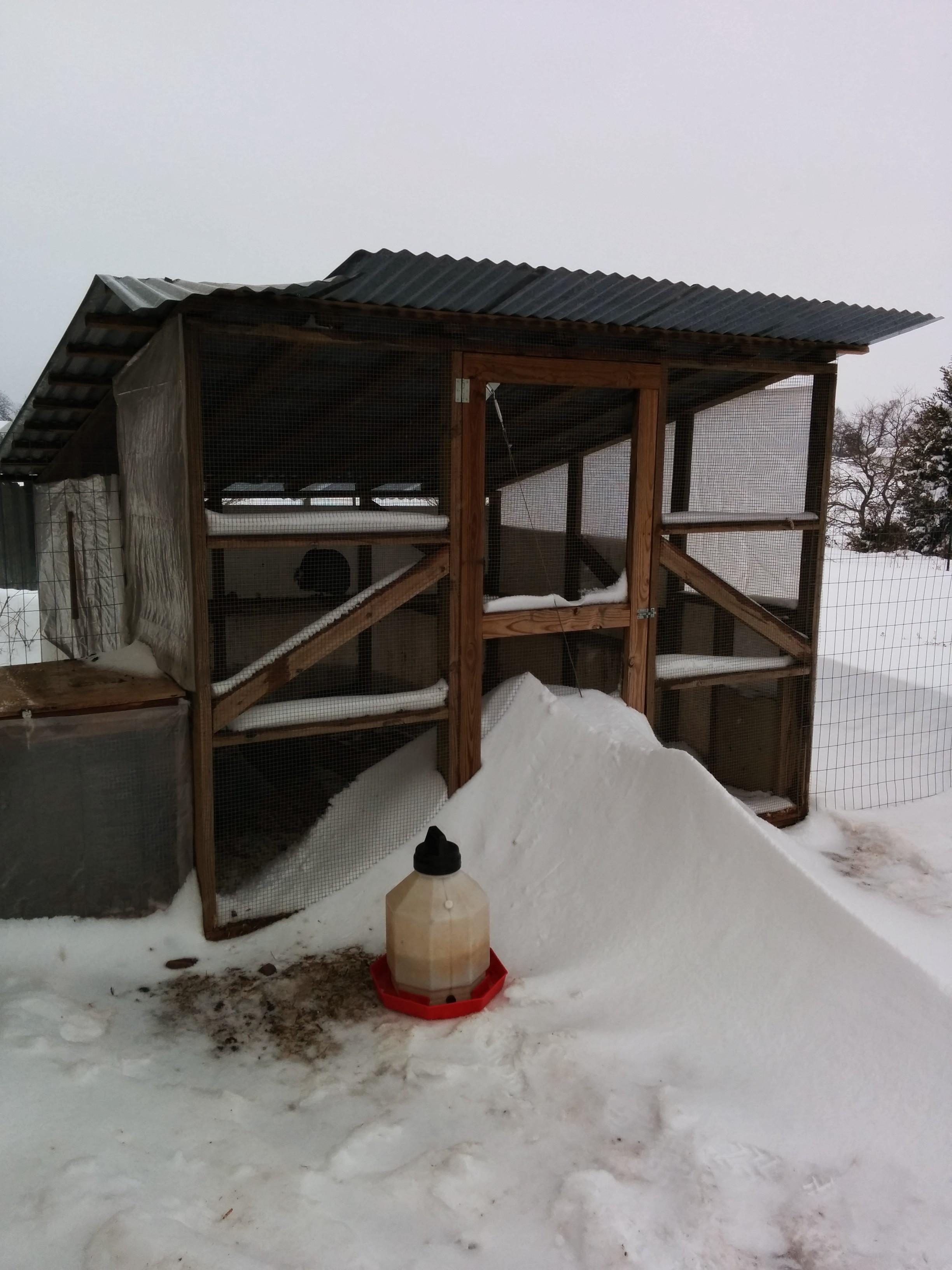 I went into the winter with three hives that were pretty strong. A three year hive (#1), a 2013 package hive (#2), and a captured swarm from hive 1 (#3). They each had plenty of honey going into the winter, but by Jan hive #1 looked rather weak. I couldn’t see down inside the boxes very well, but there was just a softball sized cluster up at the top of the top frames. I was thinking that this hive wouldn’t make it through the winter. Hive #2 and #3 looked very strong.

I checked again in late Jan and early Feb and things looked the same. Somehow hive #1 was hanging on. I can’t do much with the hives because of my back surgery in late Jan. I just checked this past Sat, Feb 22 and found hive #2 dead. This is a very discouraging finding. I haven’t torn it apart yet, but don’t see dead bees on the ground. I’ll have to check inside the boxes. I pulled out the frame in the center of the top box and it was completely full of capped honey, so they didn’t starve. This hive had the largest population going into the fall and winter, but I didn’t requeen (like I had originally planned to do) and I suspect that this was a big mistake. I don’t ever want to go into the fall and have the queen make her winter workers from southern stock. Amid the bad news was the surprise good news that hive #1 is still alive. The little softball cluster moves around somewhat, but looks about the same. I added candy to hives #1 and #3. On a really warm day, I should probably check the honey stores in hive #1, but based on the small cluster, I imagine they have plenty of honey.

This entry was posted by todd on February 24, 2014 at 12:44 pm, and is filed under Farm, Honeybees. Follow any responses to this post through RSS 2.0.You can leave a response or trackback from your own site.